Thursday, May 8 — after a brief market falter yesterday following the $40 million hack of major crypto exchange, crypto markets are showing resilience, with bitcoin (BTC) rallying above the $6,000 mark, as Coin360 data shows. 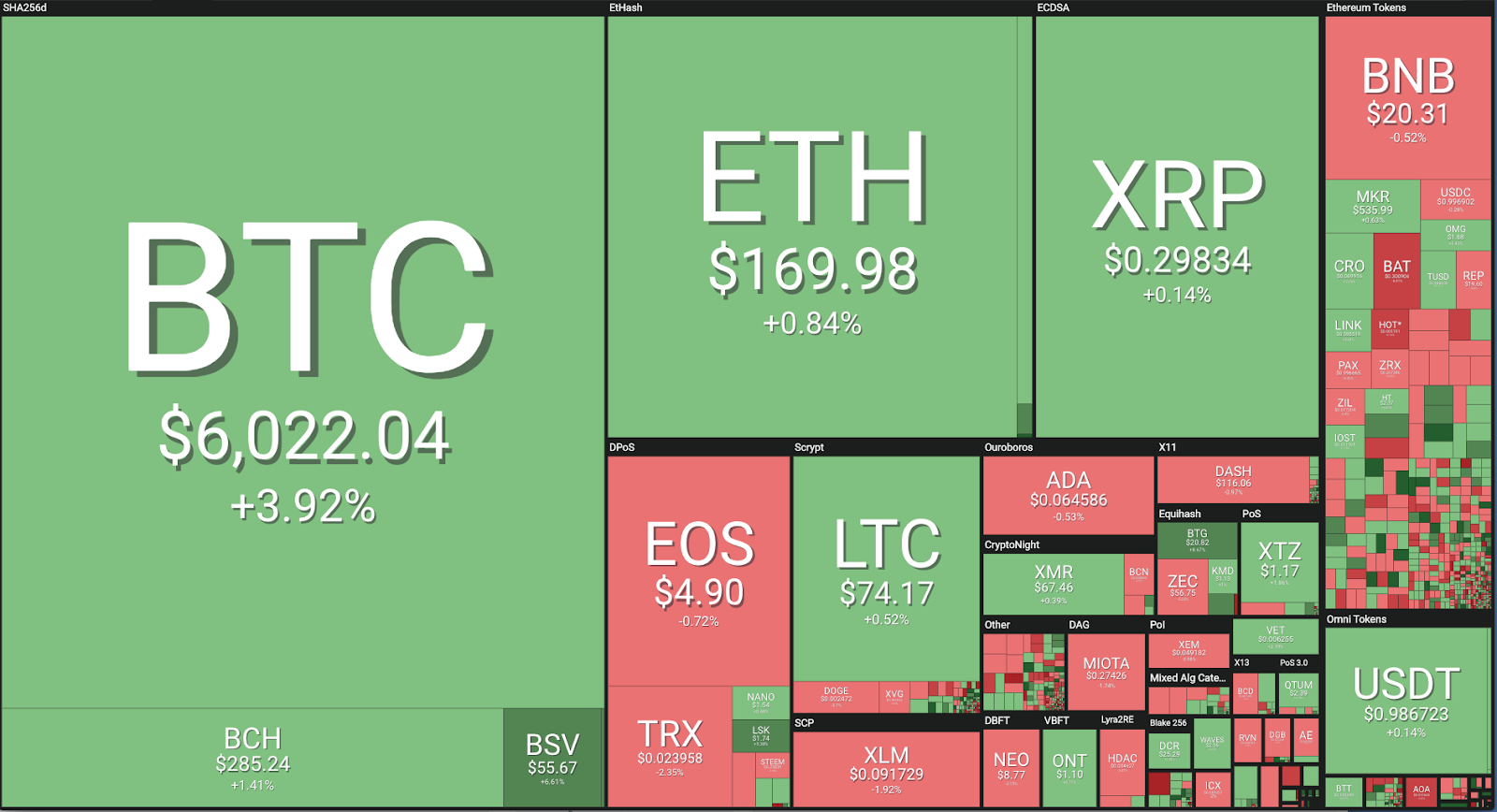 Bitcoin is outperforming all of the other top ten cryptocurrencies and has seen 3.4% growth on the day to break back above the psychological price point of $6,000 — for the first time in almost six months (Nov. 14, 2018). To press time, the top coin is trading at $6,086, according to CoinMarketCap.

The bullish rally has sealed a strong gain for bitcoin of 11.71% on the week. 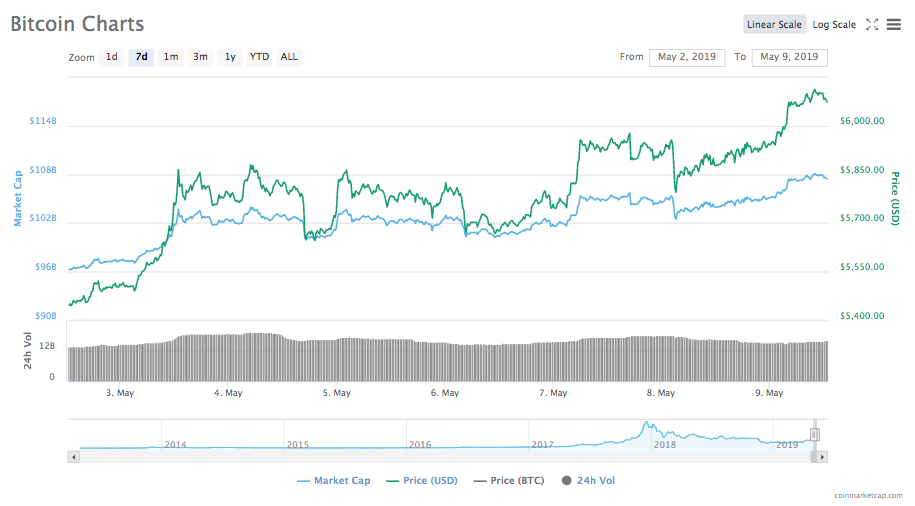 Largest altcoin by market cap ether (ETH) has seen milder price action, and is up 0.8% on the day to press time to trade at $171.47. Having almost broken the $180 mark on May 7, ether subsequently dropped to as low as $166. Despite the correction, the altcoin retains a 6.3% gain on its 7-day chart. 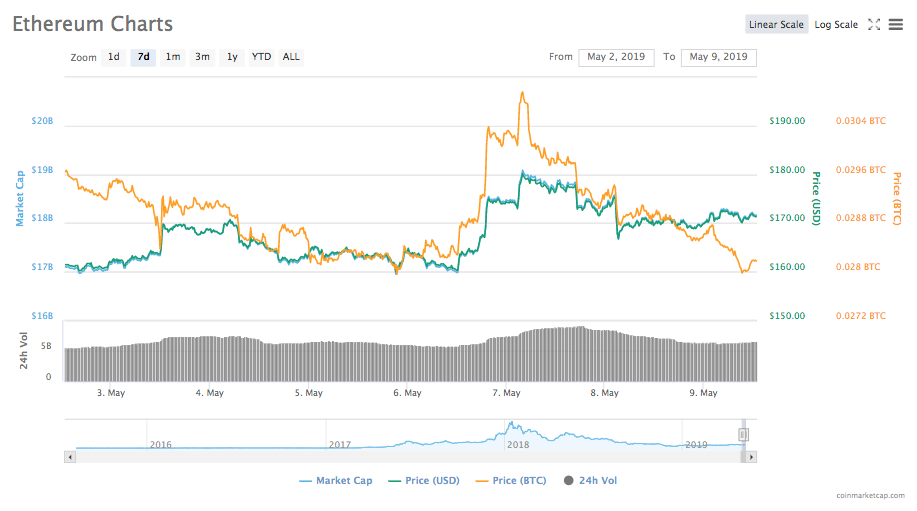 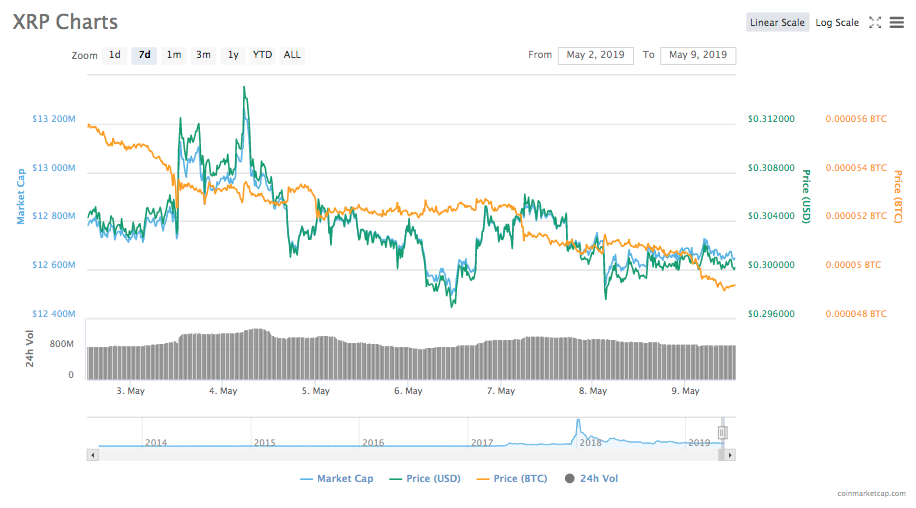 Among the top ten cryptocurrencies, all are green — seeing on average just a slight gain, capped below 1% — with three exceptions. Stellar (XLM) is down the most on the day, losing just over 3% to trade at $0.091. Cardano (ADA) is meanwhile down 1.9%, with native exchange token binance coin (BNB) down by only a fraction — 0.26% on the day — notwithstanding the week’s hack on the exchange.

Widening out to the top twenty, the overall market picture is mixed, with five coins in the green and five in the red. Cosmos (ATOM) has lost the most — down 7.9% on the day to trade at $4.16 — while iota (MIOTA) has seen a similarly substantial cut of almost 5.5% on the day. Bitcoin sv (BSV) is the strongest performer, gaining almost 7% to trade at $56.55.

The total market capitalization of all cryptocurrencies is currently around $188.586 billion.

Despite taking a hit yesterday following the hack of prominent crypto exchange Binance, markets have shown notable resilience. A controversy over Binance CEO Changpeng Zhao’s brief consideration of an attempt to incentivize a bitcoin blockchain rollback in the wake of the hack has continued to dominate online crypto community discussions — yet many high-profile figures have welcomed the debate and shown support for the exchange.

In crypto regulatory news, the chairman of the United States Securities and Exchange Commission and the Commodities Futures Trading Commission both testified before Congress yesterday, declaring that both agencies are aiming at becoming more literate in digital assets markets and blockchain technology.