The Bitcoin (BTC) hash rate reached a new all-time high today, according to data from monitoring resource Blockchain.com on July 7.

The previous record was broken in the second half of June, when bitcoin’s hashrate reached 65.19 TH/s and growth has steadily continued since then.

Hash rate is the number of calculations that a given hardware or network can perform every second. It is a very important parameter for miners, as a higher hash rate will increase their chances of solving the mathematical problem, sealing off the block and collecting their reward. A higher network hashrate also increases the amount of resources needed for performing a 51% attack, making the network safer. 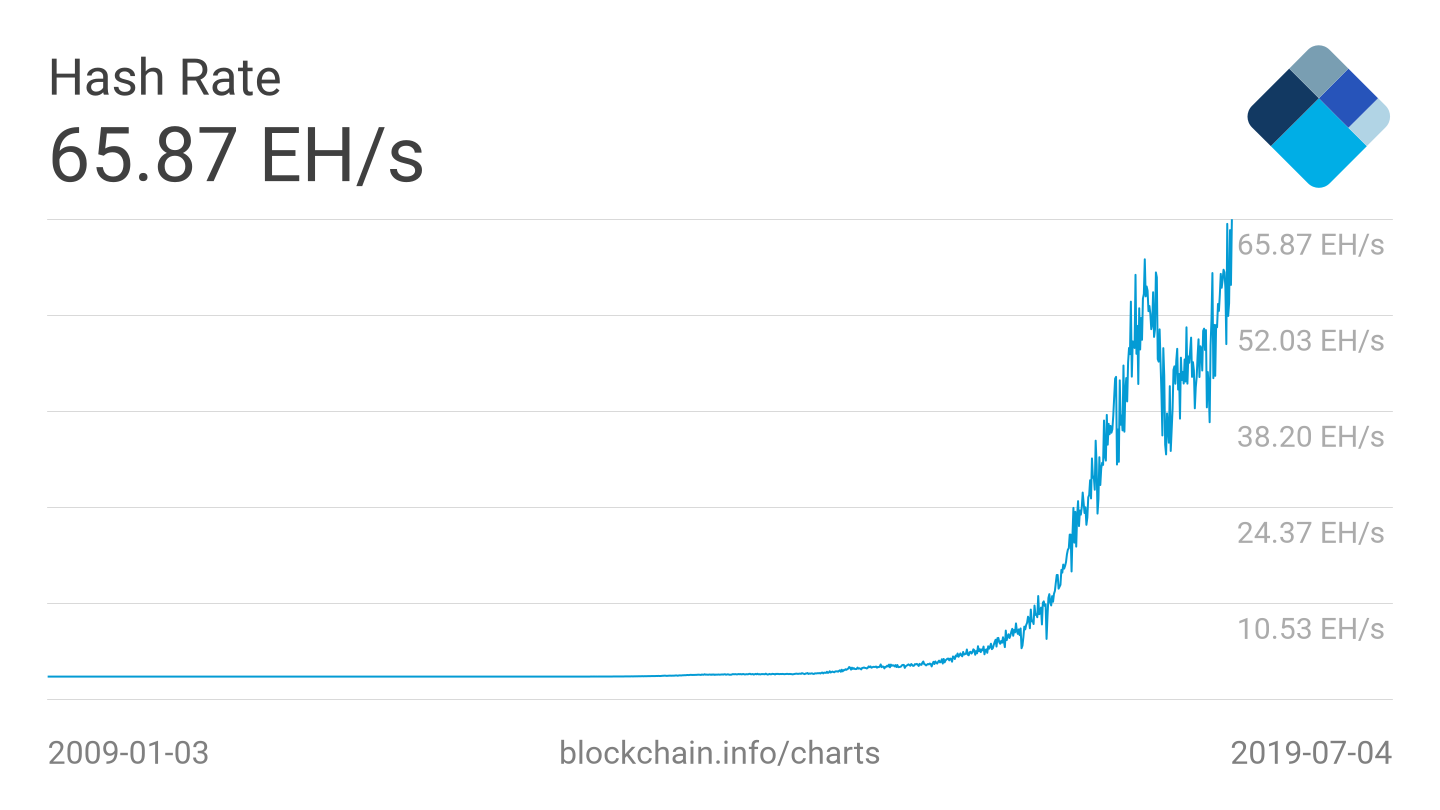 As Cointelegraph previously reported, the period after September 2018 — during the so-called “crypto winter” — proved to be a retrograde step for the bitcoin network. At the time, the network’s hashrate decreased for the first time ever.

In June news broke that bitcoin’s mining difficulty has reached an all-time high, demonstrating the increasing competition for block rewards between miners.